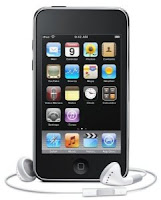 After several weeks of having to rely on my trusty iPod Touch to keep in touch with the outside world, we’re back on line. What a relief!

Being without a personal computer for several weeks has been an interesting exercise in helping to figure out priorities.  (From a work point of view I was fortunate that December/early January are quiet months in the Grow Your Own world so business didn’t suffer as much as it could have had it happened later in the year.)

So what happened? Basically our video card/motherboard stopped working and because of the weather/Christmas shopping madness/festivities/expense we buried our heads in the sand and decided to sort it all out later.  Later arrived and we realised that life couldn’t continue for much longer. We needed a computer, but how the heck were we going to sort it out after a Christmas with three children that Santa still visits and the worst Budget I’ve lived through since I’ve been old enough to vote?

So then the quandary began. What do we do? Do we try and get the old Dell PC fixed that has already had a replacement hard drive added to it (the old, unbacked up one died mid-college, along with all our documents and pictures). Do we buy a laptop, which will be a great help to Greenside Up but not so great for the family’s needs? Do we buy a cheap computer AND a laptop? Aaaarrrrrggghhhh! Too many decisions!

And then angels waved their magic wands (in the form of parents – THANK YOU) and offered to help us out. After lots of online research we decided to look for a netbook that we could buy quickly, and order on-line a computer for the office once we were clearer what we wanted.  If there’s anything left in the kitty after that we’ll try and fix up the old pc for the children. Sorted.

So on Friday we called in to Carlow to have a look at netbooks ‘in the flesh’ with the idea of ordering one on-line. Our first port of call was to  Click in Fairgreen Shopping Centre. We were greated by Danny who bowled us over with his expertise and enthusiasm, but without the ‘in your face’ salesiness. Immediately we liked the look of the new Toshiba NB250 that houses a dual core Atom processor (good for netbooks I’m reliably informed). We went off and completed our shopping, had a coffee and a chat. And then went back to Click and bought the Toshiba there and then. At the end of the day it was a great price and good customer service sealed the deal.

So here I am, heaving a huge sigh of relief, back to my blog.  I mentioned priorities earlier and of everything that computers and the Internet offer us, whether it’s accounting, emailing or searching the web for research, it’s the blogging I missed the most. Especially when we were snowed in during early December, and over Christmas when we were cooking all our homegrown vegetables in new and delicious ways.

So I’m back, more eager than ever.  It may take a while for me to figure out how to do everything I want to on the netbook (like loading photos from a camera with a different sized memory card), getting familiar with all my settings, etc (our 12 year old is helping there) but I’m LOVING using it and really looking forward to the year ahead, sharing our experiences and knowledge with you all.

I am in constant awe of Dee’s commitment and creativity to bring green issues into the mainstream and to include all of us in her vision. Her knowledge and skill in leading her business is rooted firmly in a grassroots approach to her work and a unique approach to spreading the word.

‘Droichead Community Garden Project feel very lucky to have a lady such as Dee facilitating our group. Dee has an in-depth knowledge of all things gardening and is a tremendous asset to any gardening group.  Without Dee’s support we would be unable to keep this community garden going’.

It’s my first year growing. Thanks to Greenside Up I’m aware of all the prep work and pest control so hopefully all will go well.